What were you thinking about at eight years old? Probably not the career that would be your life’s passion! 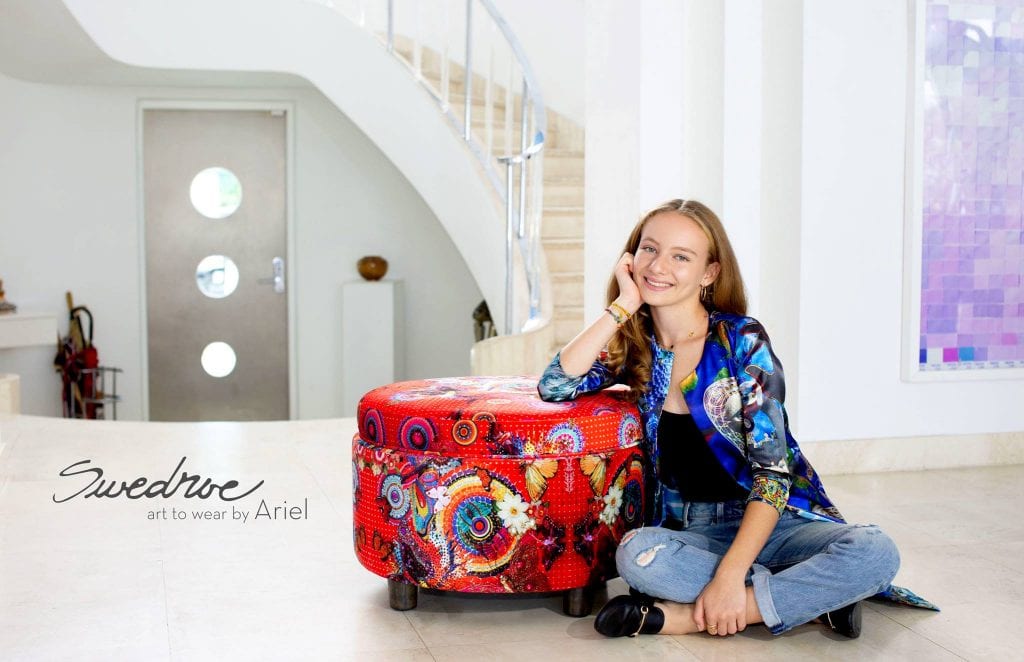 That’s when Ariel Swedroe began her fashion career. At Age 11, she began exploring digitally printed fabrics. Today, at age 15, she has a full-fledged fashion business. But she’s not stopping there! You’ll love this story.

Ariel Swedroe says she has always had a passion for fashion.

“When I was in first grade,” she says, “I came across a flyer for a fashion summer camp at DesignLab Miami. I was able to attend, and I fell in love. I’ve been working in fashion ever since. And that’s where I met my mentor, Angie Cohen.”

Cohen founded DesignLab Miami in 2010 with a creative studio in North Miami specializing in teaching and promoting all aspects of the fashion industry, including sewing, textile design, fashion technology, 3D printing, laser cutting, and biocouture. 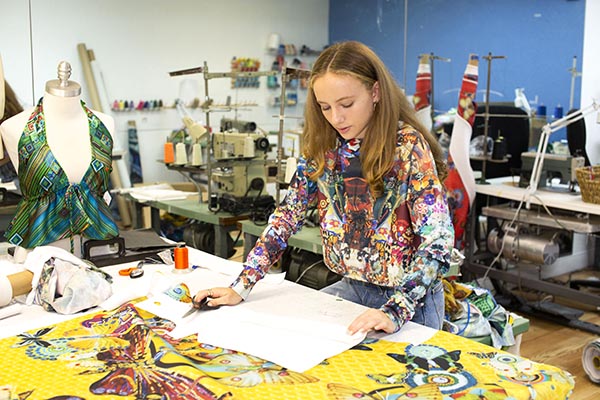 “We believe in cultivating young, creative minds,” Cohen says, “which was the primary motivation for opening the design studio. We have programs for both children and adults, geared to both short- and long-term goals. We also have several in-school programs in the Miami area. DesignLab also offers sewing parties, custom workshops, and sewing camps, all of which have contributed to the growth, reach, and success of the business.”

Cohen states that when she opened the business, she was told she wouldn’t be able to teach a child. Her response? “What? OK, I will show you. Kids are smart. You just have to give them an opportunity, It’s about potential and belief. We empower them.” And that’s exactly what she has done for Ariel and innumerable other children (and adults!).

I asked Ariel how she balances her passion for fashion and her business, Swedroe by Ariel, with school. “I’m not going to lie. When I first started, it was actually easy, no big deal. Just go to the studio after school every day. But I now go to a really demanding magnet school that has a fashion program. It’s the number three school in Miami-Dade County. I’m taking college classes in high school, and it is hard to keep my grades up, and at the same time go to my studio every day, which is 30 minutes from school. But I know what I want to do. I love fashion, love working with my grandfather. It’s hard work but worth it.” …continued

Ariel Swedroe, the grand-daughter of world-renowned architect, Robert M. Swedroe, is a teenage fashion designer based in Miami, Florida. 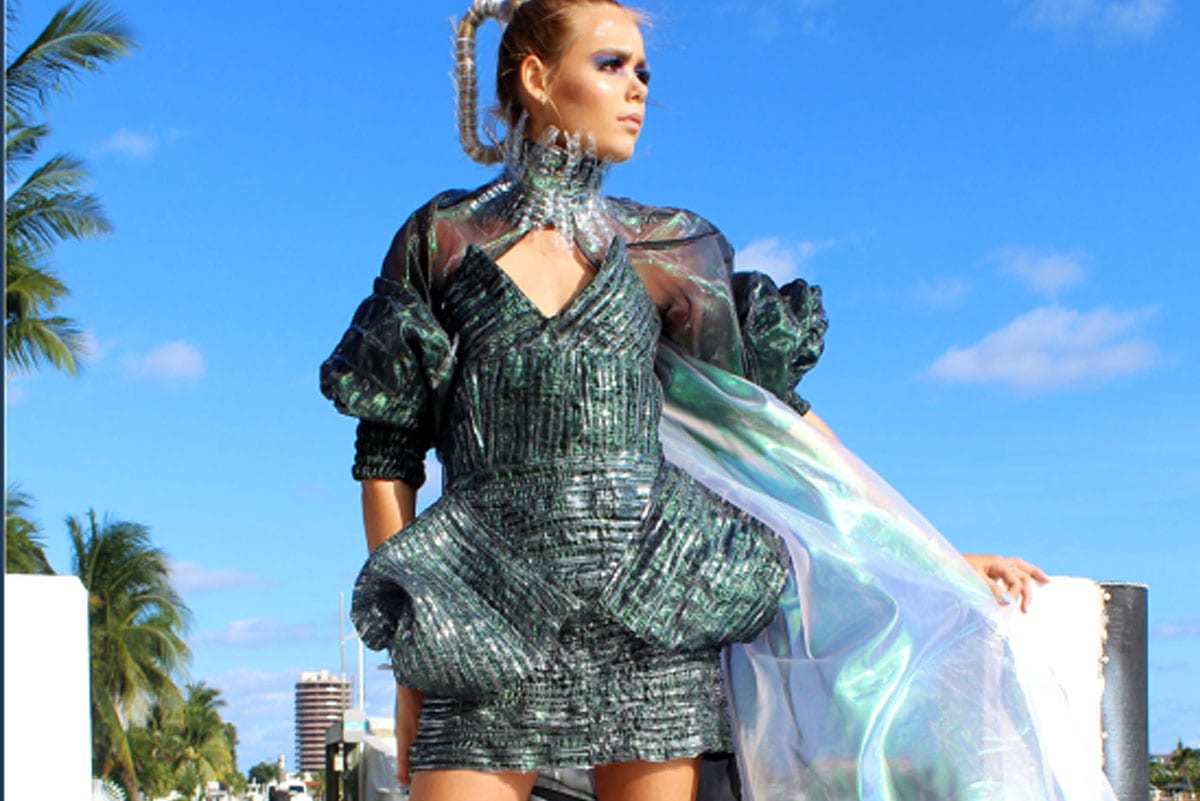 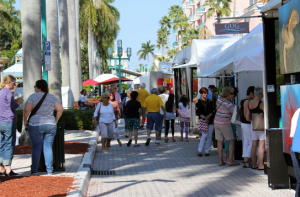 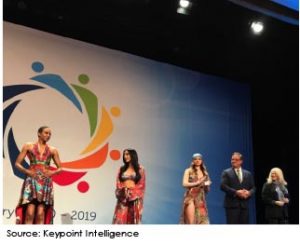 Try your hand at a Collage Puzzle from Bits & Pieces!

Order a Print for your home or office from iCanvas.com 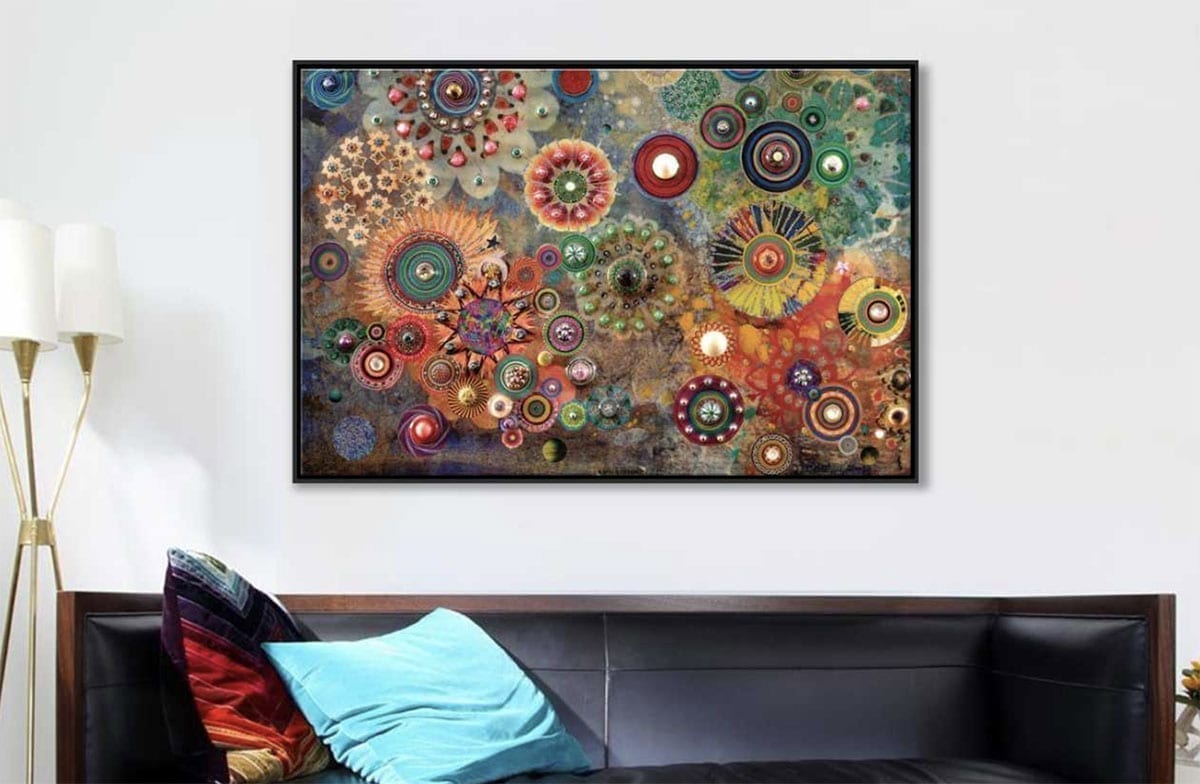 Art to Wear
– by Ariel

©2022 Swedroe by Ariel - All Rights Reserved